Dating back to the 18th century, the museum’s science collections are both a national ecological and genetic archive and a precious cultural asset that it is important to preserve for future generations. In keeping with the standard responsibilities of a museum, records of regional bio- and

geodiversity are documented here and made available for ongoing scientific study and exchange. The natural science collections at the Haus der Natur include specimens from diverse regions throughout the world, though the focus is on cataloguing the natural environment of the city and province of Salzburg. 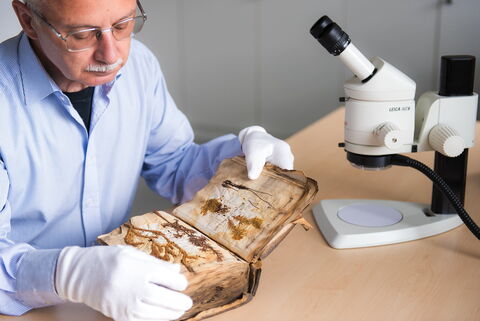 The botanical collections include over 200,000 specimens of dried plants and fungi. They represent an irreplaceable archive, particularly for the province of Salzburg. The oldest archived flowering plants were pressed over 400 years ago – the dried specimens of wood anemone, arum, and asarabacca remain practically unchanged to this day. The herbarium encompasses the collections of all the province’s leading botanists and thus provides reference material about the flora of the province and for scientific publications. Today the majority of ferns and flowering plants, mosses, lichens, and mushrooms are well-prepared and stored under constant conditions. In addition, a significant portion of the specimen collection is now included in a digital database. 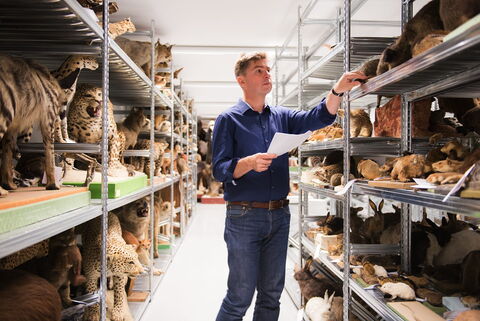 The mammal collection consists of around 6000 specimens, stuffed specimens, skins, coats, skeletons, and individual bones. On the one hand, it is a locally-oriented specimen collection that preserves many small mammal skins and special items, like Salzburg’s last beaver (which was shot in 1869). On the other, it includes an internationally-oriented mammal collection containing many specimens of exotic zoo animals, as well as a number of historic hunting trophies from around the world. 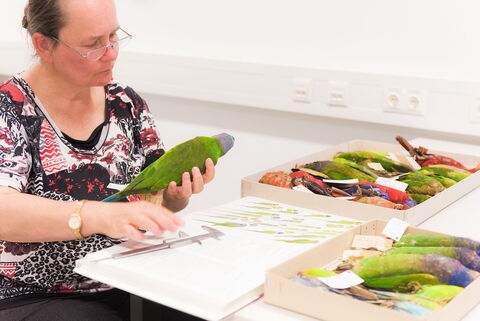 The bird collection, which consists of around 6200 specimens, includes the skin collection of the museum’s founder Eduard Paul Tratz, along with around 1000 specimens belonging to prominent Austrian ornithologist Viktor Tschusi zu Schmidhoffen (1847–1924). This primarily Palearctic-oriented collection is complemented by a collection of African bird skins gathered during the Abyssinian Expedition of the Field Museum in Chicago (1926–1927) and donated to the Salzburg Museum by expedition member Karl Ohneiser. 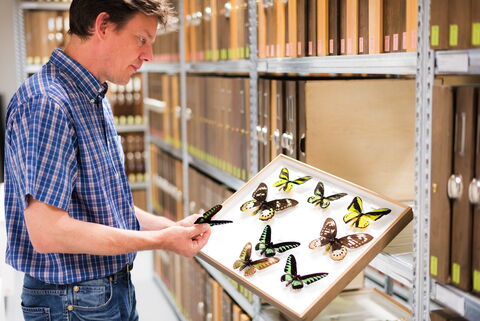 The entomological collection contains approximately 500,000 insect specimens, many of which were collected in the province of Salzburg. They represent an irreplaceable archive of immeasurable value for both nature conservation and science. The oldest specimens were prepared in the 19th century, and are in such good condition today that they can still be clearly identified. Without these specimens, it would be impossible to determine how the distribution pattern of many species has changed over the years, or whether the size of individual populations has increased or diminished.

The specimens mainly originate from the private collections of amateur entomologists who were active in Salzburg over the last 100 years. They are stored under constant conditions in special insect boxes and are systematically organized according to family and species. A large portion of this collection is already recorded in a digital database, which greatly simplifies the scientific study of the collection. 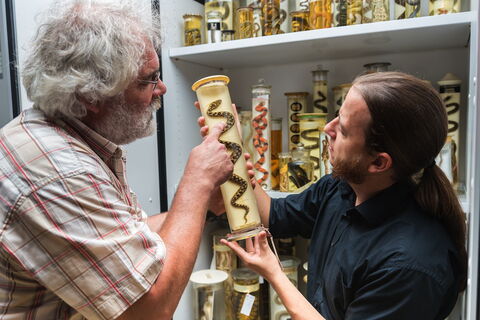 The wet specimen collection encompasses over 2000 items from different groups of organisms. More than half are herpetological specimens, that is, amphibians and reptiles conserved in alcohol.

Much of the collection consists of the animals collected by Leopold Schüller in the early 20th century around the city of Salzburg, which provide valuable information about the species composition in the area at an earlier time. For example, the collection contains the only Salzburg specimens of the European green toad (Bufotes viridis). Due to loss of habitat, this amphibian species disappeared from the city of Salzburg already in the late 1920s.

Conserving and storing the alcohol specimens requires a considerable amount of effort. In addition to following strict fire prevention regulations, special techniques are also necessary for opening and resealing the glasses. With the right storage, however, these specimens can even be used many decades later for genetic and morphological investigations.

Since all the local amphibians and reptiles are under strict protection, today individual specimens are only collected and conserved in exceptional cases. Now researchers content themselves with gathering observational data, which is then managed in the Haus der Natur’s biodiversity database. 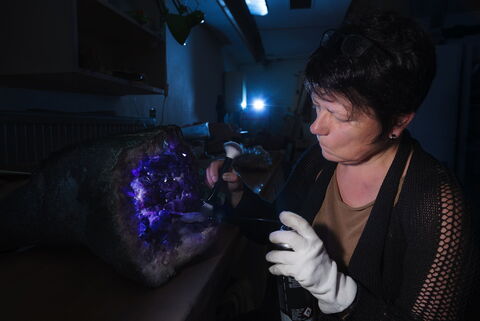 When it was founded in 1924, the Haus der Natur acquired the geoscience collection of the former Museum Carolino Augusteum, which consisted of old collections from Salzburg naturalists, mining councillors, and physicians that can be traced back to the year 1870. Sites and locations in the province of Salzburg are the focus of these collections of minerals, fossils, and rocks. The collections have been both supplemented and expanded internationally through further purchases, estate acquisitions, and donations. There are currently over 18000 minerals and 12000 geological/paleontological specimens.

The speleological collection at the Haus der Natur documents over 100 years of cave exploration in the province of Salzburg and neighboring areas. It consists of approximately 1200 specimens from caves – specifically stalactites, speleothems, clay and rock specimens – as well as around 2000 bones from cave animal fossils, mostly cave bears. 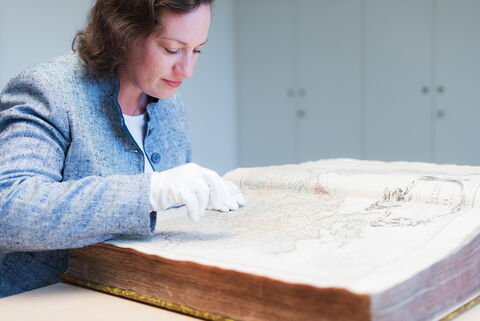 The inventory encompasses approximately 70000 monographs, magazines, and publication series, including around 3000 historical books that date back as early as the year 1850. The nearly 15000 magazines and publication series were mainly acquired through exchange and only to a small extent through purchases. The contents of these works cover a very wide range of subject areas pertaining to zoology, geography, geology, and botany as well as other natural sciences. For access to the library for the purpose of research, please contact the library staff in advance.